If you’ve heard of inventor and engineer James Watt, it’s likely to be because of his reinvention of the steam engine.

Watt also developed the idea of horsepower, a measurement of mechanical power. His contribution to British industry and technology was so important that the British Association named a unit of electrical power – the ‘Watt’ – after him 63 years after his death.

However, James Watt’s impact reached even further. It shaped the buildings all around us. Read on and discover how he helped to change our architecture forever…

1. Factories arrived in our towns 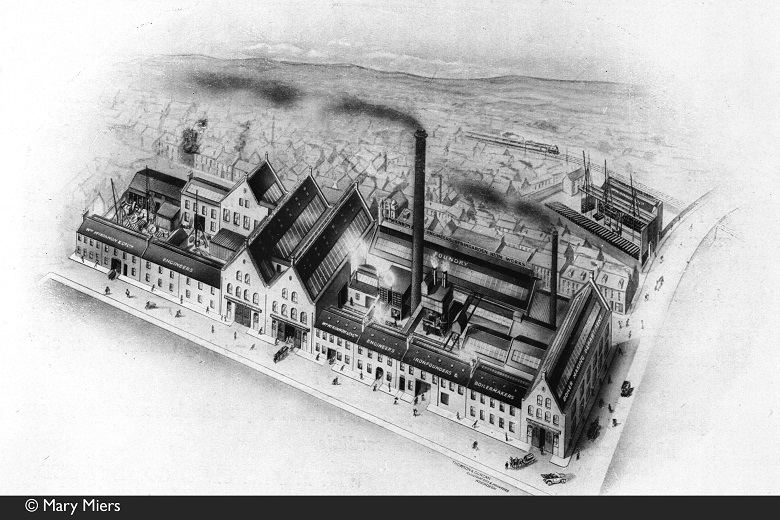 A birds eye view of Spring Garden Ironworks in Aberdeen

James Watt’s reinvention of the steam engine with a separate condenser changed the course of Scotland’s industry. By harnessing steam power and making it more efficient, Watt improved mining and manufacturing processes in Britain, which drove industrialisation.

Before the industrial revolution, Britain depended on agriculture and ‘Cottage industries’. Cottage industries – mainly textiles – took place in small, domestic workshops. After the steam engine, they moved into the factories of the Industrial Revolution. New industries started to emerge and manufacturing was taking place at an unprecedented rate.

Because of these changes, Scotland’s architectural landscape became increasingly one of large factory complexes, mills, gas and chemical works, quarries, and foundries. 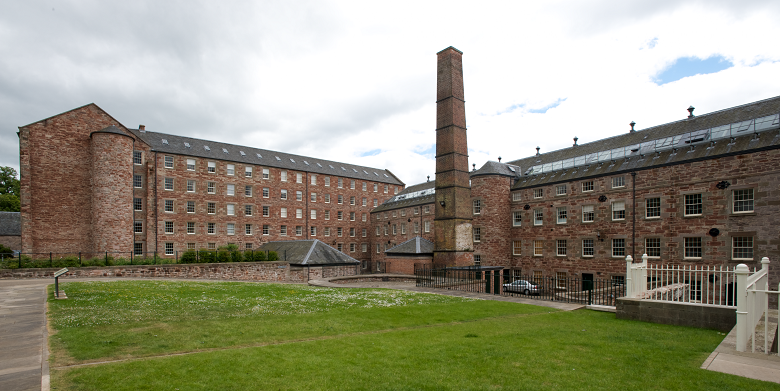 2. The age of the railroad made building materials more accessible

Before the dawn of the railroad, it was very difficult to transport building materials long distances. Most buildings were constructed with whatever materials could be locally sourced (i.e. made in the vernacular style like thatched buildings), or transported via the waterways. 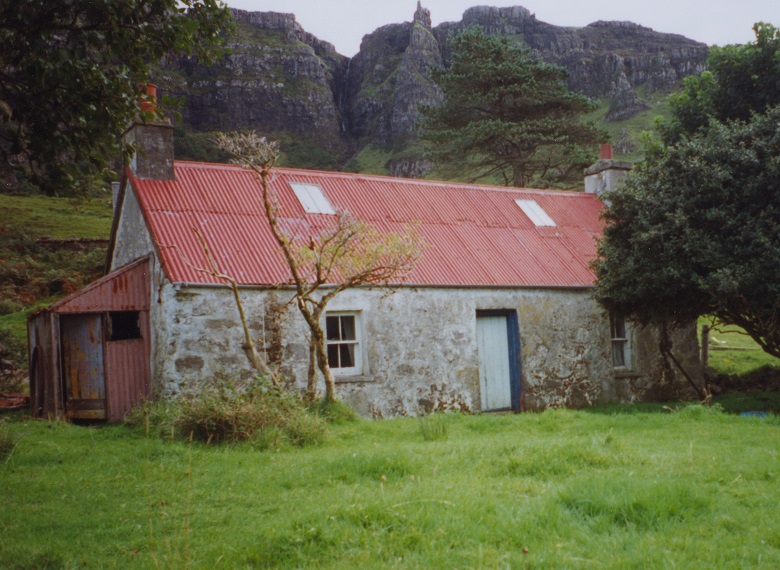 James Watt’s improvement of the steam engine wasn’t just used as a more powerful way to pump water from mines. Other inventors applied the technology to locomotives, spurring on the Age of Railways. Steam power was also applied to passenger ships, which could travel faster over further distances and carry heavier loads.

Being able to source building materials from across the country and abroad changed the way buildings were constructed across Scotland. Brick and slate became much more popular since they could be transported more easily. However, there was less focus on regional architectural traditions. This international competition would have a devastating impact on the Scottish stone and slate industries in later years.br

Building materials were not the only passengers on the new steam trains and ships. With these new methods of transport, people could travel farther than ever before, taking new ideas and technology with them.

Scottish businesses and entrepreneurs benefited from the Industrial Revolution and the commerce of the British Empire. They used their wealth to bring in an era of neo-classical architecture like Edinburgh’s New Town. 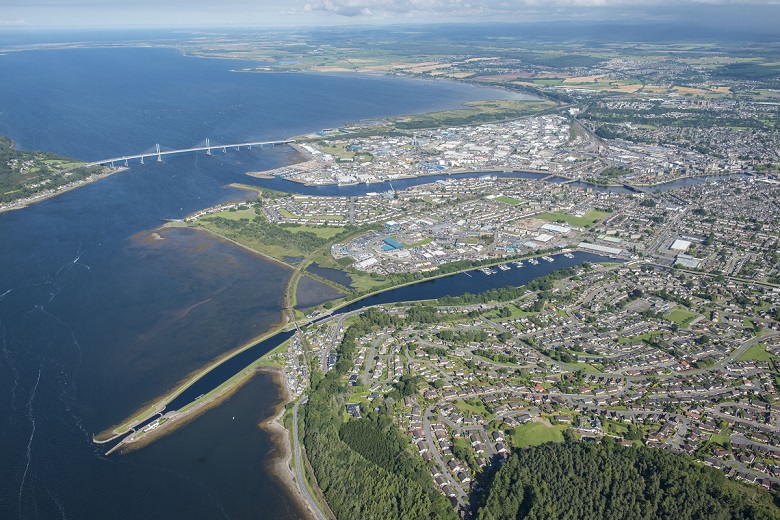 Scotland’s canals helped stoke the fires of the Industrial Revolution and we owe some of this network to James Watt.

The Caledonian Canal was first surveyed by Watt in 1773. While his investor and business partner Dr John Roebuck was going bankrupt, Watt took up work as a Civil Engineering Surveyor. It was on this job that he surveyed routes for what would become Scotland’s longest canal, which stretches from Inverness to Fort William and is still in use today.

A 1821 plan of the Caledonian Canal 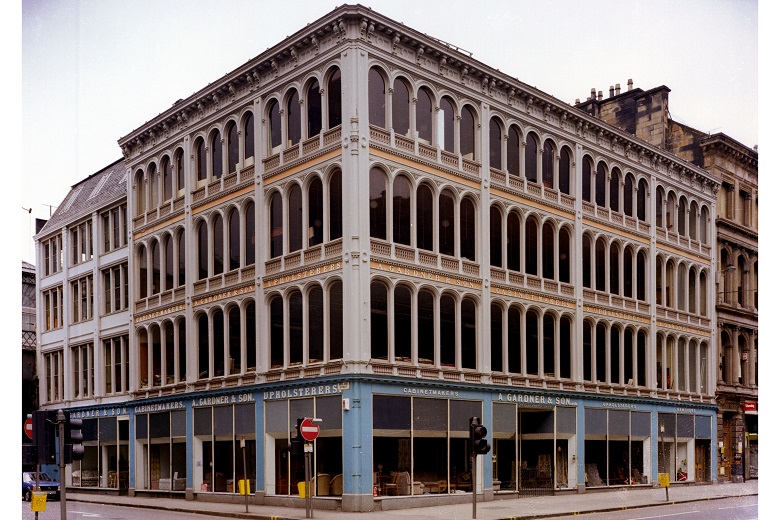 The Gardener’s Warehouse in Glasgow

Thomas Newcomen’s steam engine was an important part of the iron ore mining process. The industrialisation spread across Scotland and the demand for mining increased. However, the Newcomen steam engine was struggling to keep up. Mines were getting flooded and businesses were going bankrupt.

James Watt’s invention of the separate condenser made the steam engine 80% more efficient. These technological developments cut costs, allowing the iron industry to grow and flourish.

From the 1850s, architects in Glasgow were beginning to explore the possibilities of using cast and wrought-iron. Cast iron frames – like the one used in the Gardener’s Warehouse building in Glasgow – gave a building both strength and height. They also allowed for big openings where light could pour into the building.

Scotland’s iron industry boomed and foundries flourished across the country, including the Saracen Foundry, the Sun Foundry, and Carron Ironworks.

Discover 5 things you didn’t know about James Watt in our blog post and explore more about Scotland’s changing industrial landscape on the Historic Environment Scotland blog.

Visit our conservation centre to find out more about the evolution of Scotland’s architecture.

About the author: Mary Alice is a student from Arcadia University, USA. She was on placement with the Engine Shed to develop skills in outreach, education, and content development.