Alexander “Greek” Thomson: Three Things You Might Not Know

Alexander “Greek” Thomson was born in April 1817, only 20 miles away from the Engine Shed in Balfron.

Thomson is most associated with Glasgow. The city quadrupled in size between 1800 and 1850, and his buildings were a key part of that expansion.

From mansions to tenements, churches to shops, Alexander “Greek” Thomson’s buildings can be found throughout Glasgow. However, for many years his work was under-appreciated, with many buildings falling into disuse and disrepair.

What Made Thomson Greek?

So what made Alexander Thomson “Greek”? Despite what his nickname might suggest, Thomson actually rarely left Glasgow, and never left Scotland. It comes from the later part of his career, when his work was heavily influenced by classical Greek architecture. But this wasn’t Thomson’s only influence – as a young man, he also designed buildings in Gothic, Baronial and Italianate styles.

Why was Thomson Forgotten?

Thomson is a relatively little-known architect, considering his role in shaping the architecture of one of the UK’s major cities.

One reason for this could be the success of Glasgow’s most famous architect, Charles Rennie Mackintosh, only a short time after Thomson was active. The two men are linked by more than just their profession and the city of Glasgow. After Thomson’s death in 1875, an Alexander Thomson Travelling Studentship was established by the Glasgow Institute of Architects, to allow exceptional students to study Classical architecture. The second winner of this scholarship was none other than Mackintosh.

In addition to this, Thomson’s buildings weren’t necessarily popular in the period he was working in. His classically-influenced signature style was unfashionable in Victorian Britain. Gothic style buildings, influenced by medieval architecture, were much more popular in the 19th century. 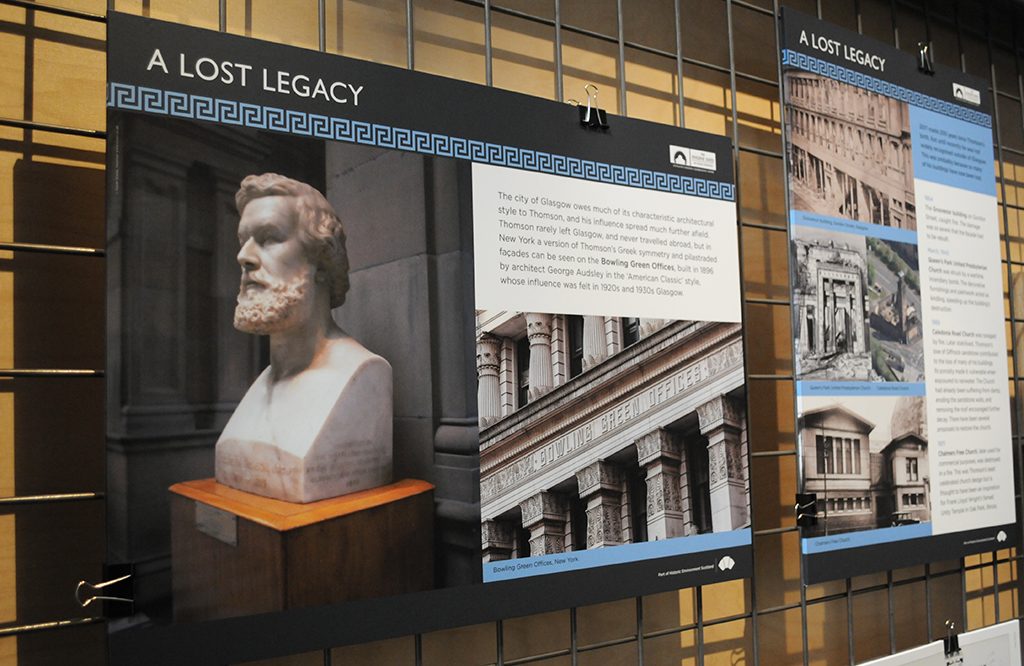 An exhibition displayed at the Engine Shed in 2017.

What Made Thomson Special?

Despite the fact that many of his designs were influenced by antiquity, Thomson was in many ways ahead of his time. His buildings made use of revolutionary new materials like cast iron and plate glass. 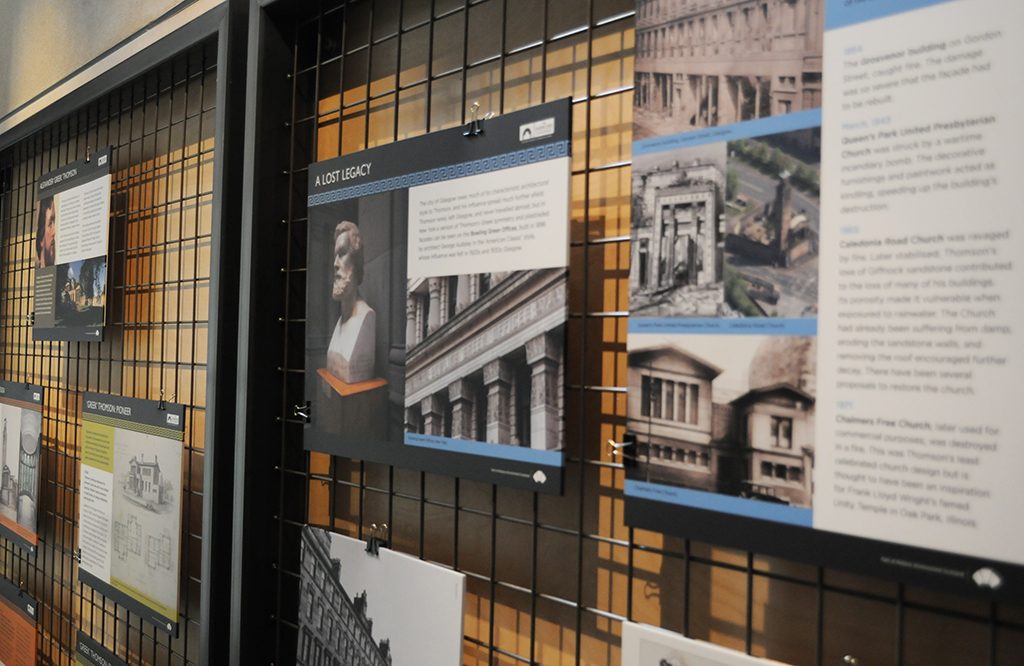