Gardez L’Eau – ‘watch out for the water’

A Brief History of Bothwell Castle

This magnificent red sandstone castle sits on a promontory overlooking the Clyde south-east of Glasgow. Its iconic donjon tower stands proud against the skyline. With the river to the south and west, and ditches to the north and east its location was chosen well for defence.

Construction of the ambitious but ultimately incomplete original plan for the castle began in the 13th Century. This is when the great donjon and south-west tower were built. Its location meant that it was on the front line during the Wars of Scottish Independence, when it saw many a siege. After several periods of abandonment it was eventually left a ruin. Stones were harvested from the castle to build nearby Bothwell House.

Read more about the history of Bothwell Castle and get details on visiting the castle. 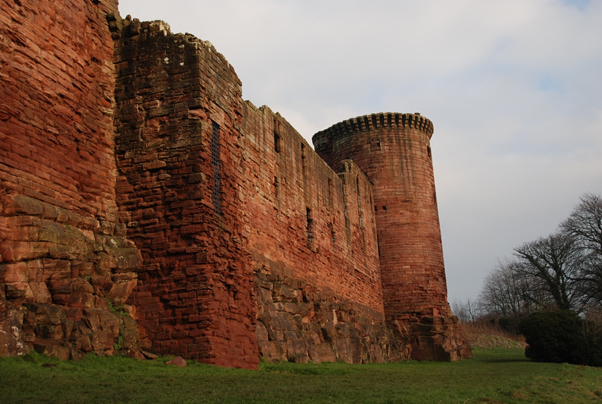 The decayed condition of the latrine tower

The castle’s latrine tower was built in the 1400s to serve the royal apartments. Nowadays its showing signs of erosion, particularly along the lower sections of the wall. Several stones have become eaten away, and there are vertical cracks which could potentially weaken the tower’s structural integrity.

The erosion is due to a combination of factors. Wetting and drying cycles are causing erosion in the stone work, aggravated by prevailing winds on the castle’s face. The tower’s previous use as a latrine means that salts from urine may be contributing to its decay as they crystallise within the stone’s pores. This forces microscopic breakdown of the sandstone. The blocks’ faces are turned to powder.

Research into archive photographs of the castle also show re-building works to the tower took place sometime in the early 19th century. Works in this era used cement mortars. These mortars aren’t breathable like traditional lime mortars. This will have made the wall retain moisture, as water can’t evaporate away.

Above: Photo believed to date from c.1899 showing Latrine tower prior to early C20 consolidation work

While the castle walls may look thick and sturdy, this is deceptive. The outside facings are built of neatly finished stones. Occasional tying stones  connect the inner and outer faces of the wall. However, the core of the wall is built up of loose rubble and mortar. Erosion of these relatively thin facings can make the wall very vulnerable by revealing this core. A core which was never intended to be exposed to the elements!

Above: Erosion showing the exposed core in the centre of the tower

Our Conservation Directorate has determined that intervention is now necessary to stabilise the tower. Selective replacement of the most severely eroded stone blocks is being undertaken. This is being done using closely matched new stone.

A series of metal bars will also be installed into several of the horizontal joints of the wall. This is so as not to damage any stonework. These bars will tie together and strengthen the structure of the tower. Cement mortar will be removed and the tower will be repointed using lime mortar. This mortar will reduce the potential for water and salt decay to affect stonework.

Where new stones are indented they’ll be recorded. This will ensure future generations are aware of what’s original and where intervention has taken place to conserve the castle. Significant features found on any stones being removed will be recorded, as indicators as to the methods used to build the castle.

The conservation team has installed vertical anchors into the upper elevation of the laterine tower. These additional metal anchors are tieing the stone work together, where the wall had buldged out.

These anchor rods are interesting as they have a ‘sock’ around them. This then gets pumped full of lime, and expands into any external cavities to help anchor it! 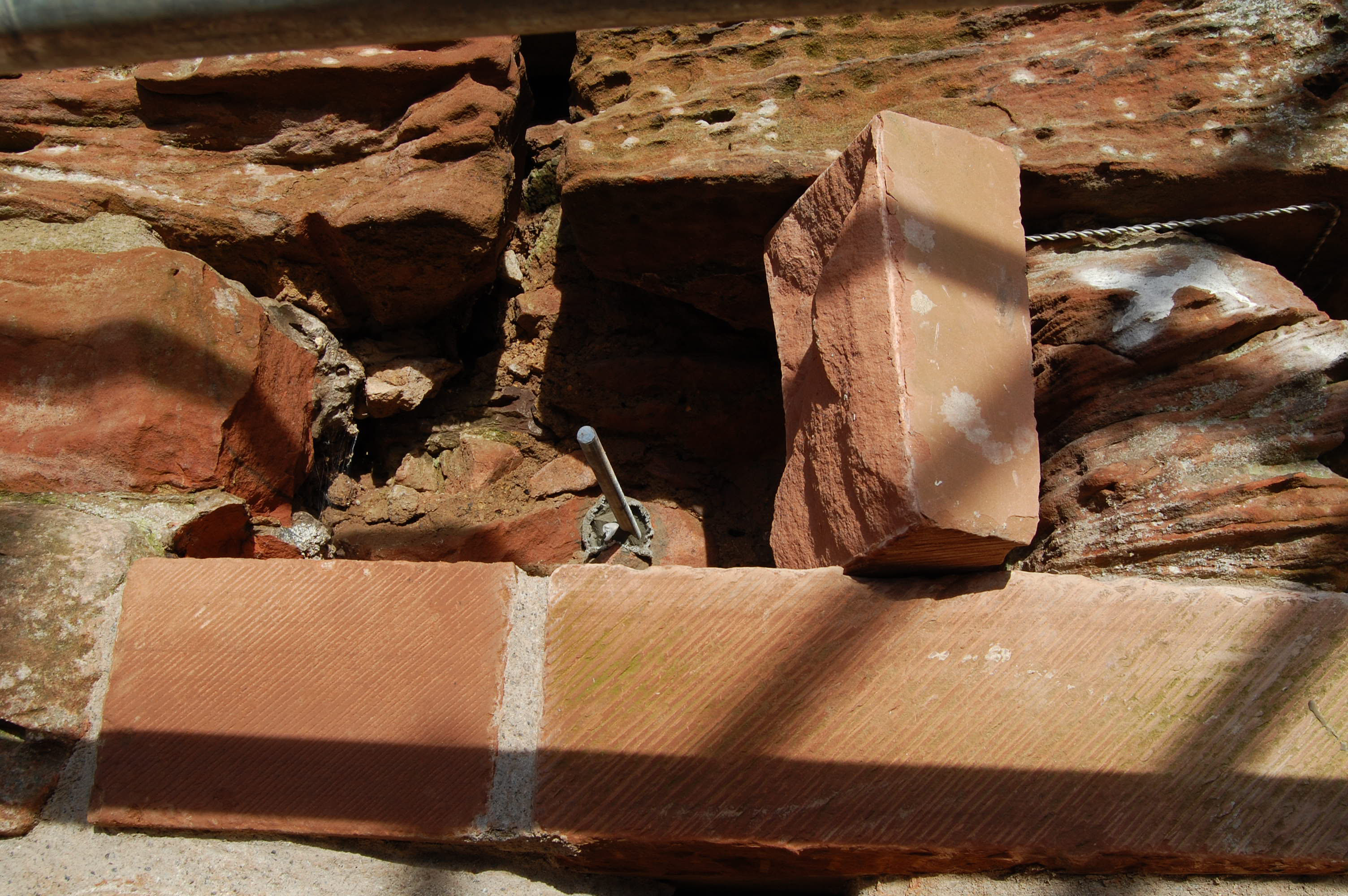 Our Lesmahagow Monument Conservation Unit began consolidation in October 2016 and works are currently ongoing. A scaffold is in place while these works take place.