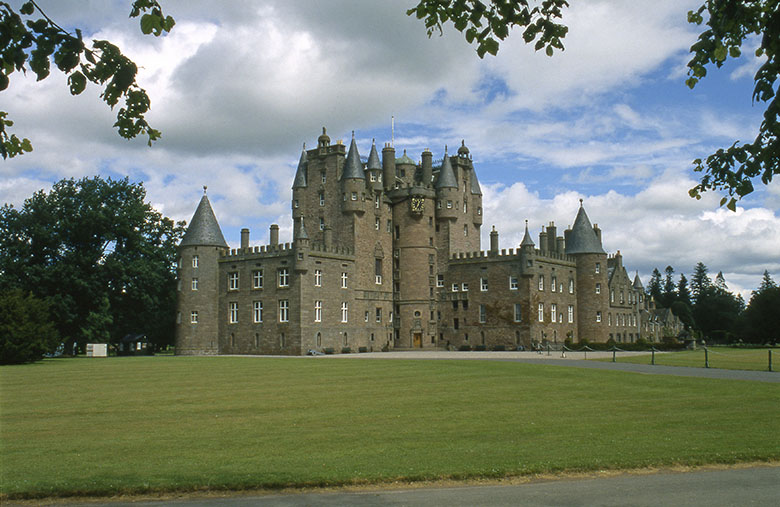 My first memories of visiting Scotland are linked to Glamis Castle. As a child I was fascinated by the stories surrounding the castle. The sharing of these stories down through the generations is what gives us our rich history and culture.

The castle is steeped in history. Famous for being the setting of Shakespeare’s ‘MacBeth’, it also featured on the Scottish ten pound note. However, Glamis Castle is best remembered for being the childhood home of Her Majesty Queen Elizabeth.

The castle began life as a medieval tower that was extended during the 17th and 18th centuries. The main part of castle was built from pink sandstone (which happens when the stone is tinted by iron oxide). One of its most striking features are the decorative heraldic and medieval motifs. It was adapted into a military hospital during the First World War and since then it has never gone out of use. Instead, it has moved with the times and needs of the people. It’s always been at the heart of the local community. 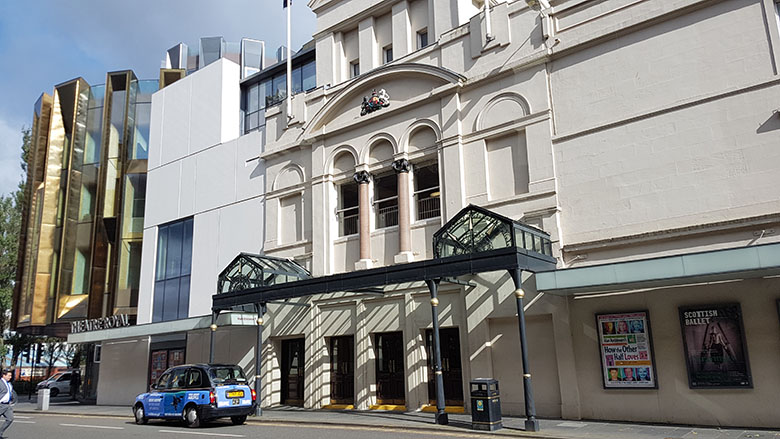 Originally opened in 1867 as the Royal Colosseum and Opera House, the Theatre Royal in Glasgow was designed by music hall entrepreneurs James and Christina Baylis.

As theatres were lit by gas, they had a lifespan of around 12 years. Fire posed a real risk to timber buildings and the Theatre Royal is no exception. Sadly, it has burned down multiple times in its history.

The theatre was built from stone quarried on site. In fact, it lies at the western edge of three quarries used to build much of the early town. Today, you can still see the face of one of these quarries in the basement below the orchestra pit.

In the 1950s, the theatre was adapted and became the headquarters of broadcasting channel STV. It wasn’t used as a theatre again until 1974. In 1997, the auditorium was restored by the most famous theatre architect of the day, C. J. Phipps, in the French renaissance style. The project was so large that every gilder in Scotland was hired to complete the decoration. 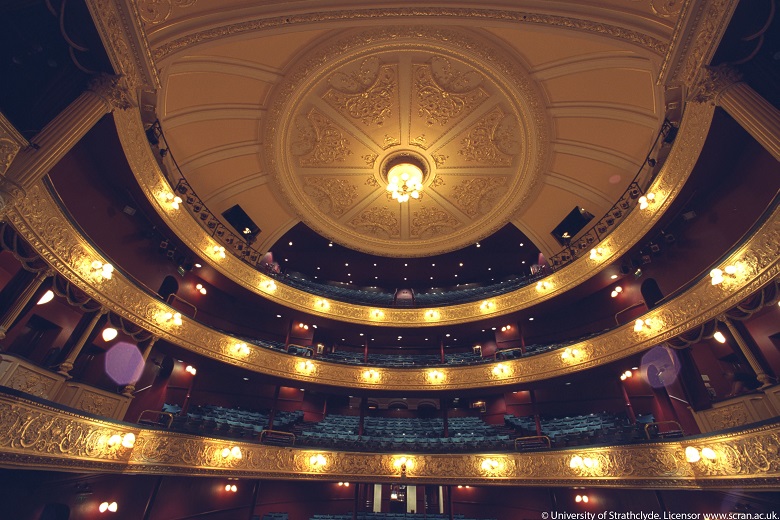 In 2009, a new, modern front of house was designed which compliments the plain outside of the building.

Despite the changes the Theatre Royal has undergone in its life, the fundamental footprint of the building is still recognisable. It is a testament to the guardians of the building that it’s adapted to modern use. 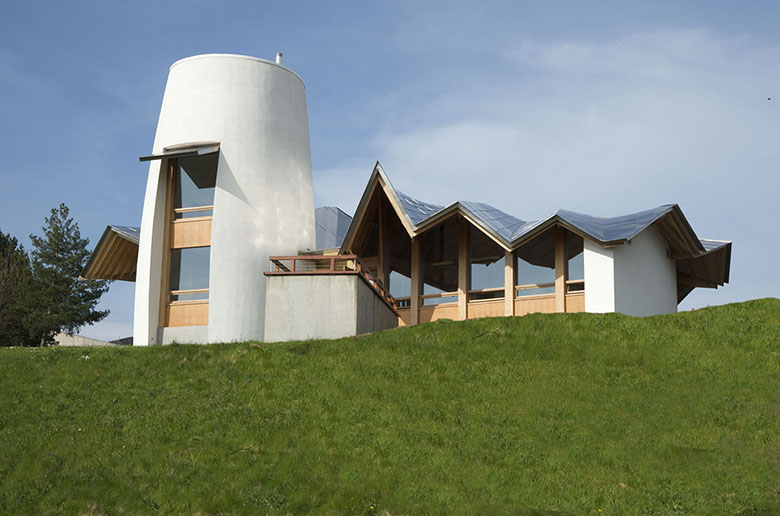 The Maggie’s Centre in Dundee is named after Maggie Keswick Jencks, a close friend of architect Frank Gehry.

The architecture is critical to Maggie’s Centres. They are a reaction against the institutional environment of hospitals. They exist to create a friendlier place in which to deal with the disease.

The Maggie’s Centre, Ninewells Hospital, Dundee won the Building of the Year Award in 2004. The pleated roof is of ‘angel hair’ stainless steel. Steel posts are used to support the roof structure. Gehry said that the roof is a response to Vermeer’s painting ‘The Milkmaid’ – the delicate pleated shawl protecting her head and shoulders.

The curved external brick walls are finished in a white render that looks like traditional Scottish harling. The two-storey tower houses a lounge and a library and looks like a small broch.

Maggie Jencks had a vision that every city in Britain should have a cancer support facility. I chose this building not only for its beauty but for the practical, emotional and social support it gives to those affected by cancer.

As a volunteer at the Engine Shed I have seen many types of buildings, both old and new. My favourite building is Allanwater Brewhouse. I live next to the brewer and my children often joke that I didn’t have a milkman – I had a beerman!

Built in 1997 to create craft beers, this microbrewery is located at Queen’s Lane, Bridge of Allan. It was built in what was formerly the Queen’s Hotel beer garden.

The industrial architecture of the building uses traditional materials, including local timber and harling. Cleverly designed, it is reminiscent of a late 20th century cottage.

The building has been adapted inside, and some of the brewing equipment including the stills were moved to the back of the building. This has allowed the brewery to expand into an education centre, as well as a thriving pub.

Whilst Allanwater may be a fairly modern building, the changes inside have been sympathetic to traditional design. I hope this will be reflected in any future changes and look forward to seeing how the life of this relatively young building develops.

Learn more about Scotland’s traditional buildings and the skills and materials used to make them at our events in Stirling.

About the authors: Katie, Alexis, Valerie and Isobel are all volunteers with us. They are vital members of our team and get involved in all parts of what we do – from running family activities to working in our library.