In the 1790s, a group of talented Scottish stonemasons undertook the difficult journey to America to help build one of the world’s most iconic buildings. What motivated them to travel to the U.S? How did they get there? And what happened to them afterwards? Here are 5 things you didn’t know about the Scottish stonemasons who built the White House… 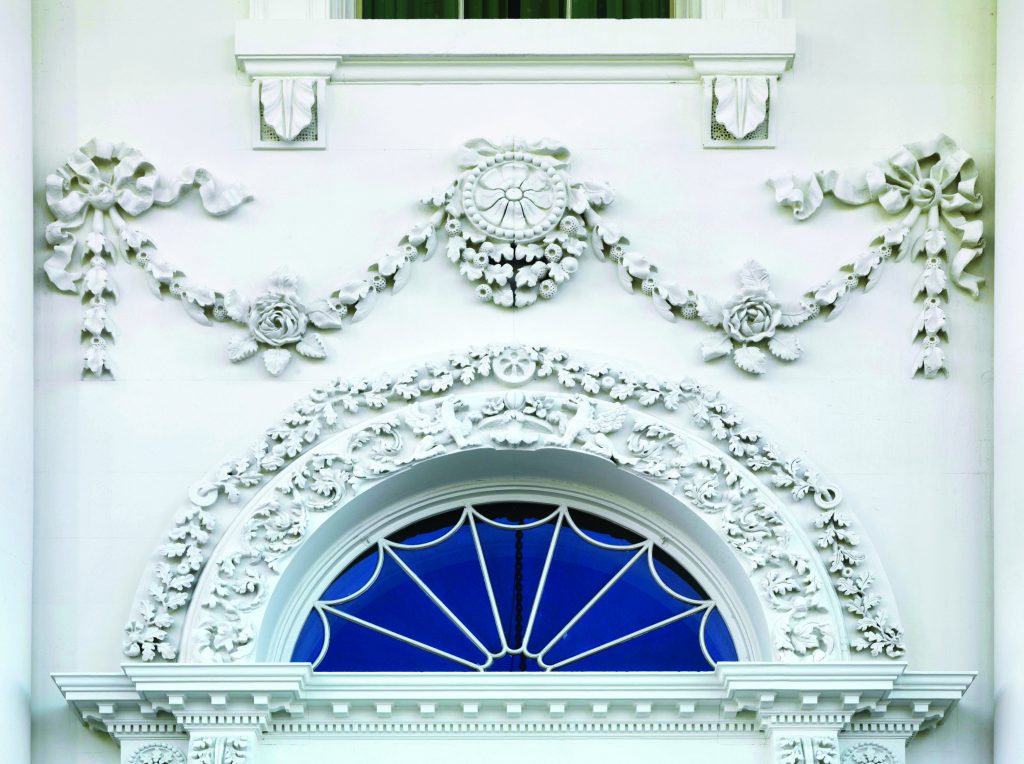 Image © The White House Historical Association. Detailed and intricate stone carvings around the North Door of the White House.

1. They were internationally renowned

Scottish stonemasons have a long history of having some of the best skills and knowledge in masonry construction.

When developing plans for the new Presidential residence in the U.S. (which would later be known as the White House), the Washington Commissioners admired the skills of Scottish stonemasons so much that they encouraged around seven men from Edinburgh to flaunt a migration ban that was in place at the time.

The Anglo-French Wars at the end of the eighteenth century meant that skilled labourers were not allowed to leave the country. The Washington commissioners offered the stonemasons good wages and paid their travel to the U.S.A. A very tempting offer, especially considering the war also meant construction work in Edinburgh had all but stopped.

These men desperately needed a way to earn a living. Even today, the White House Historical Association (WHHA) asked one of Historic Environment Scotland’s (HES) own stonemasons, Charles Jones, to travel to the U. S. and carve a replica double Scottish rose, just as the Edinburgh masons did hundreds of years ago.

2. They had a huge task ahead of them…and rose to the challenge

It took a while until the final design for the White House was chosen. The first plan – by military engineer Pierre L’Enfant – needed 99,000 cubic feet, or over eleven million pounds of stone, just to build the foundation walls! This would have been four times the size of the White House that stands today.

Irishman James Hoban took over, but the Edinburgh stonemasons still had a monumental challenge before them. Some of the blocks they worked on were 6ft wide and 4ft high. Some weighed over 360 pounds, which is the average weight of a black bear.

3. Their masonry skills have stood the test of time

Today, Scotland’s stonemasons use many of the same skills and techniques as they did hundreds of years ago. Even the tools haven’t changed all that much. The ‘mell’ and chisels that are an essential part of the stomemason’s toolkit don’t look that different to the tools found in places like the Antonine wall. 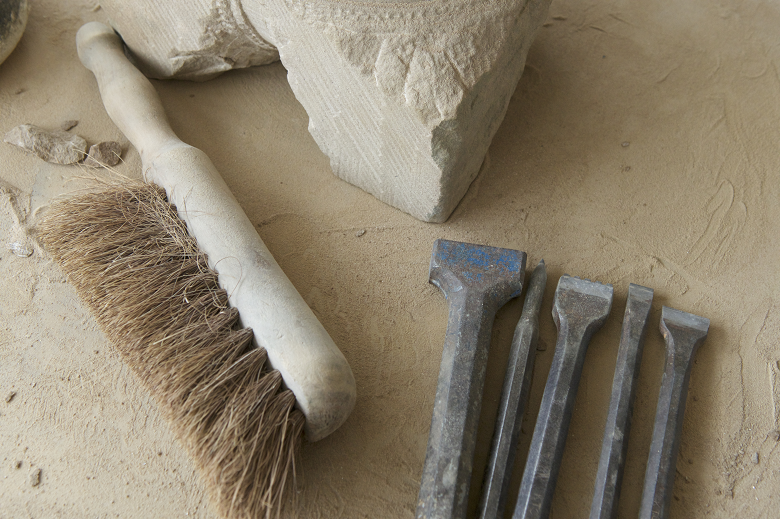 The modern stonemason’s toolkit includes all different kinds of chisels. Some are meant for chipping away large pieces of stone, whilst others are used for more intricate carvings. 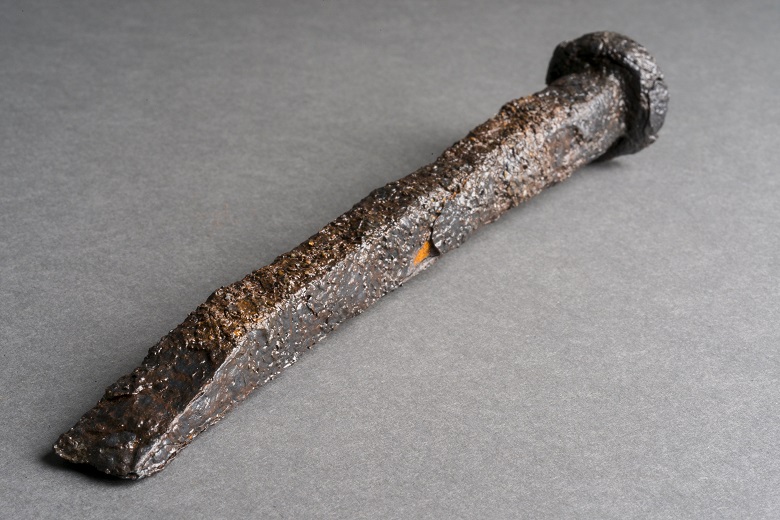 Have a look at this mason’s chisel found at Mumrills, Antonine Wall. Do you think it looks that different?

When Charles Jones travelled to Washington DC to carve a replica double Scottish rose, he was using many of the same skills and techniques the Edinburgh stonemasons had used in the 1790s.

Brothers John and James Williamson – two of the first stonemasons to emigrate to America to help build the White House – were freemasons.

Freemasons were a secretive, exclusive group set up to protect their skills and trade. The Williamson brothers and many other stonemasons who worked on the White House were members of the Lodge of Journeymen Freemasons No. 8.

This is the only Freemason’s lodge in Scotland to work independently from the Lodge of Edinburgh. Lodge No. 8 have a logbook of mason’s marks and a roll of members dating to the eighteenth century.

Used a lot over the years, the books were in need of a little TLC. HES’s collections team are working with the Lodge to conserve these books for future generations to enjoy. 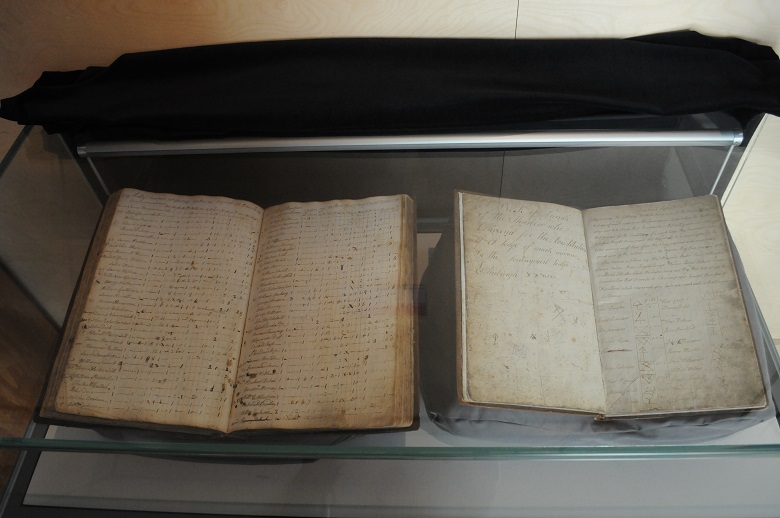 Books featuring the marks of the stonemasons – now on display as part of our free Scots Who Built the White House exhibition.

The masons travelled to America by sea. This epic journey would have taken them over a month!

We know they spent years working on the White House. The first President to live there – John Addams – didn’t move in until 1800. But we don’t know what happened to them after construction finished on the White House. Did they return to Scotland? Or did they carve out bright careers in America…

What we do know is that they did, however, leave their mark on Edinburgh. We might not know what became of the stonemasons who helped build the White House, but we do know some of the places they worked on in their home country.

Brothers John and James Williamson worked on a Terrace in Edinburgh New Town called Queen Street. A plaque to commemorate them and all the stonemasons who left their mark between Edinburgh and America is on display at no. 66. 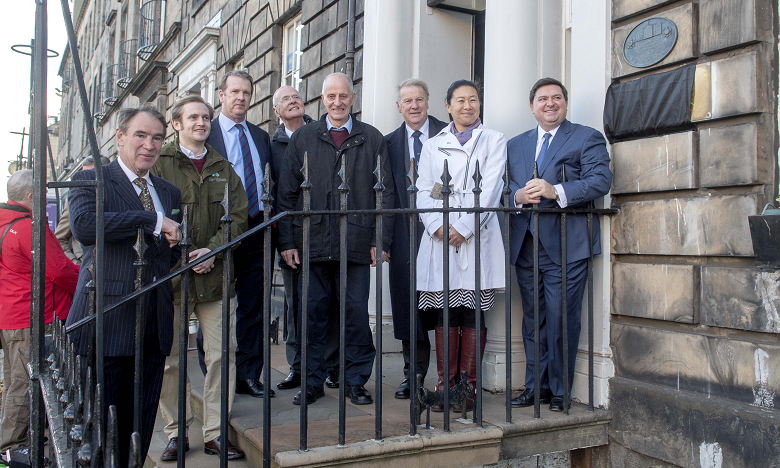 Apprentice stonemason Chris Paterson carved another replica of the Scottish double rose, which is on display at our exhibition. Chris was joined by Stewart McLaurin – the President of the WHHA, HES Chief Executive Alex Paterson, and others at the unveiling of the commemorative plaque at 66 Queen St in Edinburgh, where some of the stonemasons worked before travelling to America.